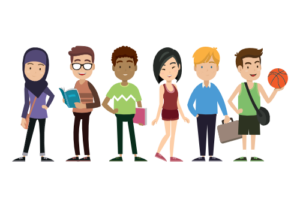 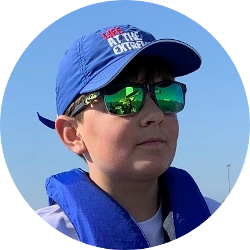 Hi all, I’m Will. I am studying for my GCSEs whilst negotiating the Surgery pathway to resection. I have 4 Cavernomas, 2 that are behaving themselves and 2 that are a little leaky.

It’s been a challenging run but I’m determined that life is about ability, not disability! Sailing is my passion and when I’m not on the water you’ll find me making music or cooking. Looking forward to getting to know you all!

My name is Hannah and I am 18 years old. I am currently at university studying to be a primary school teacher with the hopes of being a music therapist. Some of my hobbies include playing piano, guitar and ukulele, learning random facts, doing maths and science and socialising with friends.

I was diagnosed with multiple cavernoma in July 2019 and have since been fundraising for CAUK. 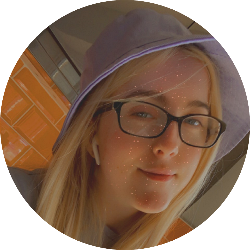 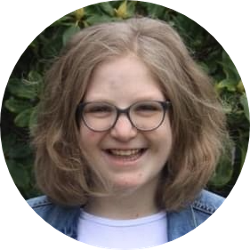 I’m Iona and I am 19 years old, and I have had cavernomas since 2012. We were only made aware of them in 2018 due to my mum requesting a radiographer’s report.

Before this we were unaware that I had them because I didn’t display any symptoms nor were they causing me any problems. In January 2020 I had my first seizure. I was on placement at a primary school as part of my childcare course and I had just carried out my first physical assessment which involved playing ‘Simon says’ with the children.

After the activity had finished, I walked over to my assessor to gain feedback and the next thing I remember was waking up with several members of the school staff, my parents and my assessor standing over me. In the weeks following this I had several subsequent seizures. The cavernomas have caused other symptoms such as fatigue, memory loss and occasional slurred speech and struggling to articulate myself.

After several seizures I had an EEG. This involved electrodes being placed on my head and me lying down on a bed for around an hour. This EEG revealed that even when I am not having physical seizures the activity in my brain is similar to what it would be if I was having a seizure. Currently we are managing my seizures with medication which will occasionally be changed in order to find the best dose and medication for me.

Hi My name is Connor, I am 13. My brother and mum have cavernomas as well as my pops. I now have tests on going to find out if I also have then. I’m currently having EEGs and MRIs. Cavernomas have had a BIG impact on my life mainly since 2017. Where my little brother needed massive brainstem surgery twice (2017 & 2019), following numerous haemorrhages. I am now a young carer, looking after my brother. Which I enjoy doing. He can’t walk by himself, but we still raised over £2000 for charities. I love Science and Space, computer games and my cat, Rosie. I’m usually in my bedroom, watching and learning all about interesting facts, also some anime. 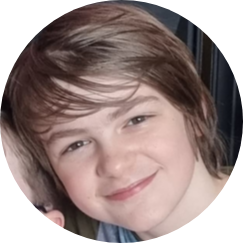