Kai Alyssa Bossom – I had a stroke in my 20s 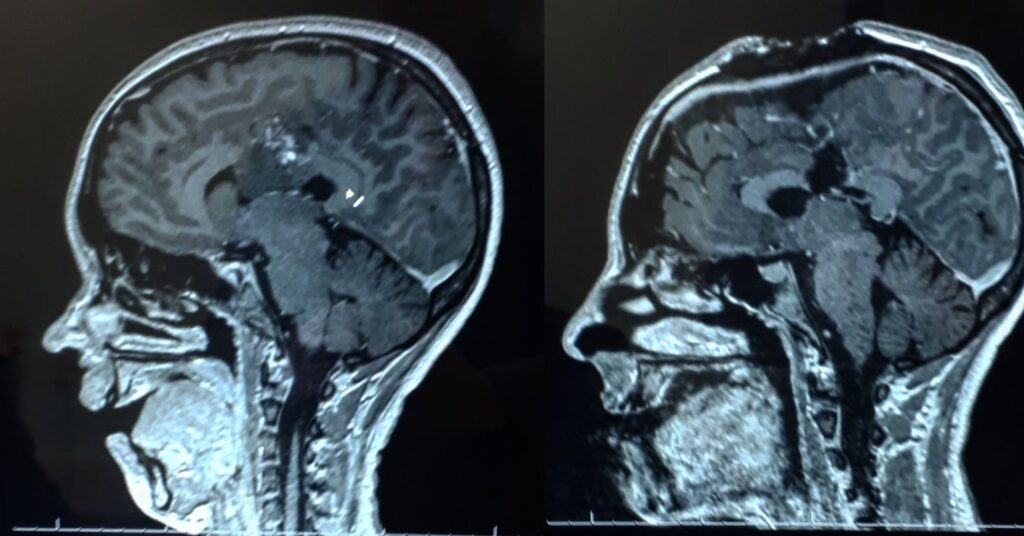 When I was 25, I had a hemorrhagic stroke.

On the 16th November 2018, I was awoken in the early hours of the morning by a sudden agonising headache. I rolled out of bed and fumbled my way through the darkness towards the kitchen to retrieve a glass of water. Panic set in as my brain screamed at my left arm to pull the handle of my bedroom door open but, instead, it hung limp and useless at my side. I tried to call out for help, but all I could manage were quiet murmurs that tumbled from my mouth.

A raspberry-like abnormality on my frontal lobe, a rare condition called cavernoma, was bleeding. The Cavernoma Alliance estimates that one in every 600 people in the UK has an asymptomatic brain cavernoma. These vascular malformations have less than a 1% chance of bleeding every year. Moreover, I would later learn that mine had calcified in parts, so it had an even lower likelihood of haemorrhaging.

Emily found me and called an ambulance which took me to Worthing Hospital — where a CT scan confirmed the bleed — and then to Royal Sussex County Hospital in Brighton. My limited memory of that day is filled with blinding lights, the whirring of the scanners, concerned voices and kind faces against a backdrop of excruciating pain. At some point during these confused hours, my family joined my bedside where my eventual surgeon informed us of the severity of my condition. He told us that my cavernoma needed to be removed otherwise it would be left to cause debilitating brain damage or, worse, kill me before I reach 30.

What transpired thereafter was a three-week hospital stay, an incredibly successful craniotomy that removed said brain abnormality in its entirety, and an unforgettable out-pour of care and support from family and friends alike. In the two weeks that followed my hemorrhagic stroke, I began to rebuild all the strength I lost in the left side of my body; to overcome my newly acquired stammer; and fight against the cognitive and physical fatigue to converse with my bedside visitors.

I spent two nights in the intensive care unit after my surgery, with my thumb firmly planted on a button that instantly administered direct doses of fentanyl. It was here I unwillingly overheard hushed conversations about how I flat-lined during surgery. I repeatedly pressed the button hoping it would knock me out so I wouldn’t have to listen to the details of how I died. It didn’t. I was discharged from hospital three nights after leaving the ICU. 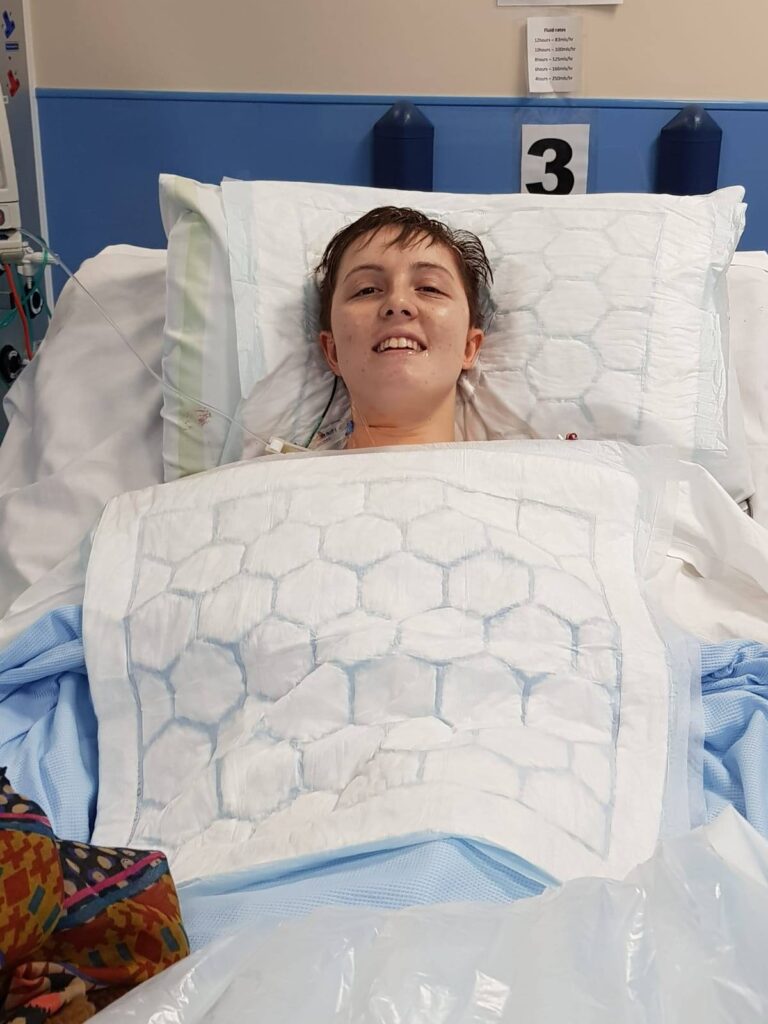 At first I felt trapped inside a shell of my former self, communicating with broken English in-between stammers. I was constantly overwhelmed by any emotion or desire, whether it be hunger or laughter. Life felt like a gift and a burden at the same time.

Despite these cognitive challenges, my physical recovery was initially remarkable. As an amateur rugby player and keen runner, I was extremely fit. I ran the Brighton Half-Marathon in February 2019 and soon-after I bought a bicycle and took to cycling long distances around the Sussex countryside. It was a few months after my surgery that my body finally caught up with the true severity of what it had been put through.

I began to suffer from crippling and extreme physical fatigue, exactly how I felt after those first few weeks of surgery. I helplessly watched my body change before my eyes and I spiralled into a severe state of depression whilst symptoms of PTSD began to appear.

When I was 25, I had a hemorrhagic stroke.

I’m 27 now and I’m writing this as a reminder to myself. A reminder of what I endured and survived.

My PTSD faded with time and the help of a good therapist. I rediscovered exercise through my new-found love of cycling. My depression still lurks in the dark corners of my brain, but I know what to do now when that voice gets louder.

I still suffer from fatigue, and I might do for years to come. Some days like today, I don’t even have the strength to wash the dishes. It can be infuriating and upsetting. But it’s a reminder of what I’ve endured and how much stronger I am today.

PrevPreviousThey said No, I said Yes! with Will Sears
NextThe significance of Rare Disease Day and its importance to the Cavernoma communityNext