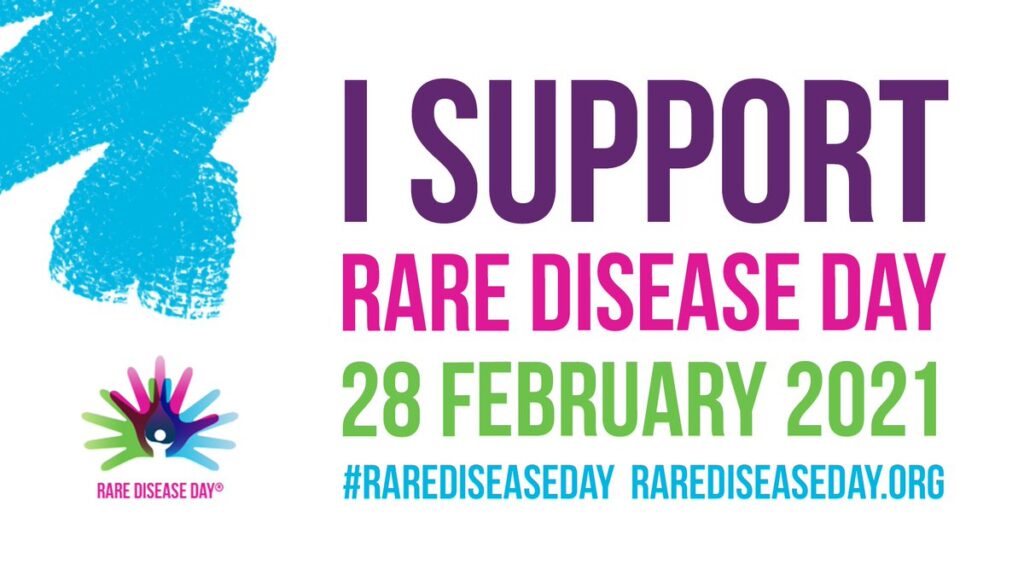 Rare Disease Day was established in 2008 by the European Organisation for Rare Diseases (EURORDIS). Rare Disease Day began on 29th February 2008 and selected because it was a “rare day”. I have been fortunate enough to attend most of the parliamentary receptions since CAUK was established a few years earlier. Despite the COVID-19 pandemic 2021 attendance was no exception.
Held this year on Sunday 28 February, Rare Disease Day is important to CAUK because there are over 300 million people around the world living with one or more of over 6,000 identified rare diseases, each supported by family, friends and carers, that make up the rare disease community. And symptomatic cavernoma is one of those rare conditions (a disease is defined as rare in Europe when it affects fewer than 1 in 2,000 people).

Each rare disease, including forms of cavernoma, may only affect a handful of people scattered around the world, but taken together the number of people directly affected by a rare disease is considerable as a rare disease currently affects 3.5% – 5.9% of the worldwide population.R

Being online this year, I was able to “travel” to Rare2030 in Brussels hearing first-hand the exceptional work and recommendations that EURORDIS and the European Parliament and member countries are conducting on behalf of those with a rare disease. (In this post-Brexit world Britain is no longer able to participate as we are now a non-member country but we are still welcome to learn of the recommendations that will impact everyone who has a rare disease worldwide).

Much of the important work on a rare disease plan begun by the European Parliament and co-funded by the European Commission Pilot Project and Preparatory Actions Programme can be summarised by their eight recommendations.

On 24 February 2021 I was also able to (virtually) represent the cavernoma community in Scotland, England and Wales with Sandra Lynch, Cavernoma Ireland, joining to attend the Northern Ireland segment of the annual parliamentary Rare Disease Day event. Under the leadership of Liz Twist MP who chairs the parliamentary group on rare, genetic and undiagnosed conditions, much was discussed but one presentation stands out in particular. Genevieve Allum is a GP from Worthing who qualified after pursuing her medical training at the University of Edinburgh. In 2019 Dr Allum was diagnosed with myotonic dystrophy a form of muscular dystrophy that affects muscles and many other organs in the body. Genevieve spoke movingly about her rare disease, the disabilities she has, those that might cost her job in the end, genetic testing and the importance of a joined-up approach amongst clinicians when faced with a condition that needs specialist care. Dr Allum sees the team at the National Hospital for Neurology and Neurosurgery, Queen Square.

Organised by Rare Disease UK, a campaign run by Genetic Alliance UK, the group has been working hard to implement the nation’s 2013 strategic plan which is available to read by following this link.

Rare Disease Day is important for the worldwide cavernoma community because it shines the light of awareness onto the myriad of rare diseases and then cavernoma in particular during Brain Awareness Week in March which this year will culminate in an exciting talk by Mr Ian Kamaly, consultant neurosurgeon, details of which will be forthcoming. 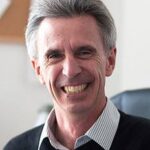