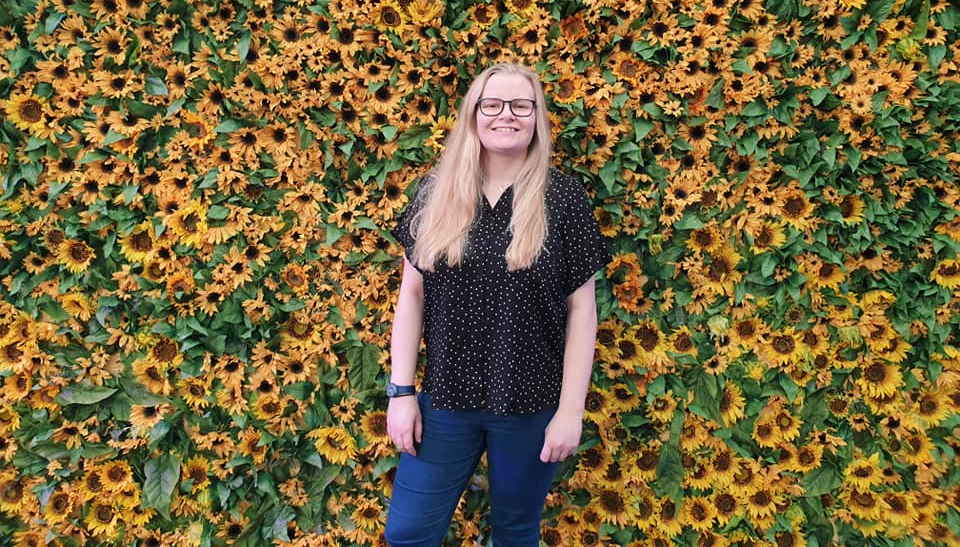 Dani shares her story of cavernoma for Cavernoma Awareness Month

My name is Dani and I am 28 years old. I live in Edinburgh, but I’m originally from the Lake District. I’m passionate about the environment, getting outside to enjoy nature, and I love creating art. Last January I discovered that I had a Cavernoma. Also known as a Cavernous Malformation, this is a vascular abnormality in the spinal cord or, in my case, the brain, that can cause a number of physical and neurological issues. Until this day, it was something I had never heard of and because of this I wanted to share my story, in hopes that more people can be made aware of this condition.

Where is your cavernoma located?

On the left side of my brain, the part which controls processing abilities such as read and writing.

When were you diagnosed?

Tell us about the symptoms that led to your diagnosis.

In May 2019, when I was 26, I had a sudden, intense pain in my head, and became very dizzy. I then started having difficulties with my speaking and writing. I decided it was best to go to the Doctors. Whilst there, I had an epileptic fit. I was then rushed to the hospital where they ran scans. There’s the Doctors told me I had had a haemorrhagic stroke. At this time, the doctors couldn’t see anything on the scans to show an underlying cause, so labelled it as a one off event. However, after returning to work 5 months later, I had a second haemorrhage in the same location, and after further scans (CT, MRI and an Angiogram) they located an abnormality in my head.

What treatment, if any, have you had?

Because the cavernoma had caused two haemorrhages I was given the option to have it removed surgically. After thinking it over I decided that it would be the best option for me. I knew the risks involved in the surgery, but I didn’t want to live with the fear that it could cause another, possibly bigger stroke in the future. As well as this, the Doctors weren’t 100% sure is was a Cavernoma and there was a small chance the abnormality was a tumour. The only way for them to know for certain was to have it removed. Luckily for me, the surgery went well and caused no lasting issues.

Tell us about your recovery so far.

Its now been over 2 years since my first stroke, and almost a year since my surgery, but I still suffer from almost daily headaches, and have frequent migraines. I also suffer from fatigue and still have issues at times with my reading and writing. I tend to have good and bad days/periods. As most people with brain injuries say, the recovery path is not so straightforward.

How has your diagnosis changed your day to day life?

I can’t do all of the things that I used to do due to the headaches and fatigue. I have to plan ahead to ensure that I allow for time to rest and recover from doing daily tasks such as changing the bed sheets or going to the shops, and have to limit fun and sociable things so that I am still able to work full time. I also can’t travel far because the motion of being in a car/bus, or even walking too much, causes headaches/migraines.

What have you found the most challenging about your experience?

Choosing between prioritising my mental health or my physical health. I know that doing fun things like spending time with friends and family will make me happy, but also know they can cause head pain and fatigue. It’s a balancing act that I still haven’t fully worked out.

How have you coped mentally and emotionally?

I have struggled a lot at times mentally dealing with the after affects caused by my cavernoma. I’ve found a few ways help me to cope with these emotions, and one in particular is through art therapy. Drawing and painting is something I’ve done for as long as I can remember, and I find that it is a good way for me to escape from the daily pressures of recovery. Painting a landscape inspired by my previous travels helps me to reminisce about previous adventures, and to try and feel hopeful for the future.

Is there anything you have found that helps you cope with your condition?

One thing that I find helps with the residual pain is my trust tartan heatpad. It has become one of my most successful weapons in dealing with head pain. I lie down in a quiet place, and place it over my forehead and eyes, and it helps to sooth a headache. Also allowing myself time to just sit and do nothing (no TV, no reading, no talking etc.) helps me to cope with my fatigue by giving my brain chance to just relax.

Do you have any advice for others who might be struggling?

Talk to friends and family about how your feeling and how you’re struggling. They may not be able to fully understand what its like, but its good for them to know that despite appearances you’re having a tough time. Alternatively, reach out to charities (like the Cavernoma Alliance) who offer support in a number of ways.

How have CAUK helped support you?

They’ve helped me to understand my condition by sharing other peoples stories, as well as any new discoveries in Cavernoma research. Its also good to know that there are people out their who understand – having a somewhat invisible illness can make it harder for people who aren’t affected to understand what it’s like.

Tell us about anything you’ve learned from your experience

I’ve learnt to be patient with myself (most of the time) as I know I cannot do as much as I used to. I have learnt that its important to take some time to just be by myself, to relax and let my body heal.