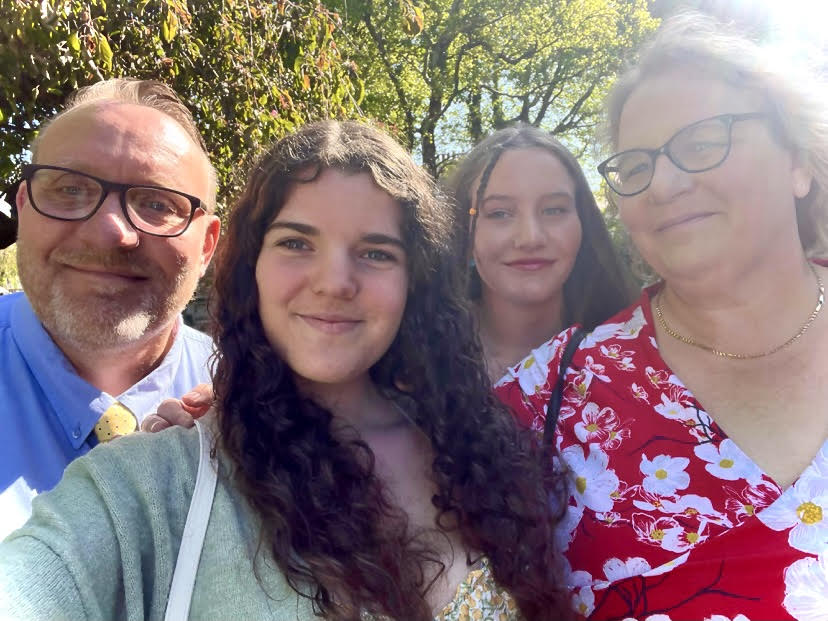 In May 2017, I had 2 happy healthy daughters who were loving life. My eldest who was 12 at the time was away on a camp with her friends, I took my youngest for a day trip to the zoo, life was normal in our world. Little did I know that something happened that day that was going to turn our lives upside down and things would never be quite so carefree as they had been.

During the camp Libby had a very bad headache but seemed to recover. The next few days were very strange, my bright daughter was having problems remembering anything for her exams, being well one minute then poorly the next. We took her to see our doctor and we were sent straight to the children’s ward of our local hospital.  On arrival at the hospital my daughter couldn’t stand any lights on, was vomiting and all we got was “Has she drunk a lot of coffee or high energy drinks” The doctors were convinced it was a migraine and gave her paracetamol and told her to sleep it off. At about midnight the night shift paediatrician wasn’t happy, so she sent Libby for a scan. That is when everything changed.

When you get taken into a room away from your sick child with a doctor and nurse present you know immediately that they are going to deliver bad news. “I am very sorry, but Libby has had a bleed on her brain”. I can recall that moment so vividly and I am sure I will for the rest of my life. That was the moment that life changed and cavernomas came into our lives. 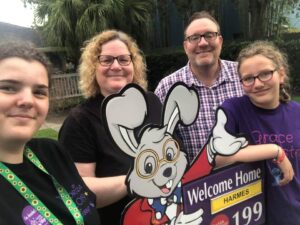 We were blue lighted 80 miles to a hospital in London where we stayed for nearly 3 weeks, MRIs, angiograms, steroids made up our days. The consultant telling my 12yr old that she was lucky to be alive as it was such a big bleed and both myself and my daughter crying with relief knowing what could have happened. She had developed hydrocephalus and her brain was swelling along with some mild weakness down her side.

Six months later when the blood had dispersed enough to see what had caused the bleed Libby was diagnosed with having a cavernoma. We had never heard of a cavernoma before and we were directed by our consultant to the Cavernoma Alliance who have helped us so much on our journey.  Due to the nature of the cavernoma, surgery was scheduled for 2 weeks later and before we knew it Libby was back a Kings College undergoing brain surgery at aged 13 years old.  Libby took it all in her stride, she coped, I didn’t but I put on a brave face. Even writing this brings back very raw emotions.

Most of Libby’s cavernoma was removed and at the present time it hasn’t regrown, she has however got another one growing in her medulla (brain stem).
We were offered genetic testing for the family but we refused. The emotion of knowing that my daughter had this condition was enough without knowing whose fault it was that she had it. I didn’t want my younger daughter knowing if she had cavernomas, that is a decision she can make in her own time when she is older.
Libby coped so well to begin with, but things get harder in life as time goes on.

She receives counselling through the Cavernoma Alliance which helps her so much. She is 17 now and studying for A levels, she finds it very hard, her memory isn’t great anymore.

It is very much an “invisible illness” and it is so easy for people to see Libby and not realise that anything is wrong at all.  Mental Health becomes a big part of having cavernomas, knowing what is inside your brain and what has and may again happen is hard to handle.  I would say for any family out there you need to have the energy to fight for your loved ones, also after a bleed they may change. I have also been told that the fatigue is real and unless you have an acquired brain injury you can’t imagine what it is like.

I will fight for Libby every step of the way. It is tiring and heart breaking at times. As a mother nearly losing your child you feel that you have been given a second chance, so you need to help them live their best life.