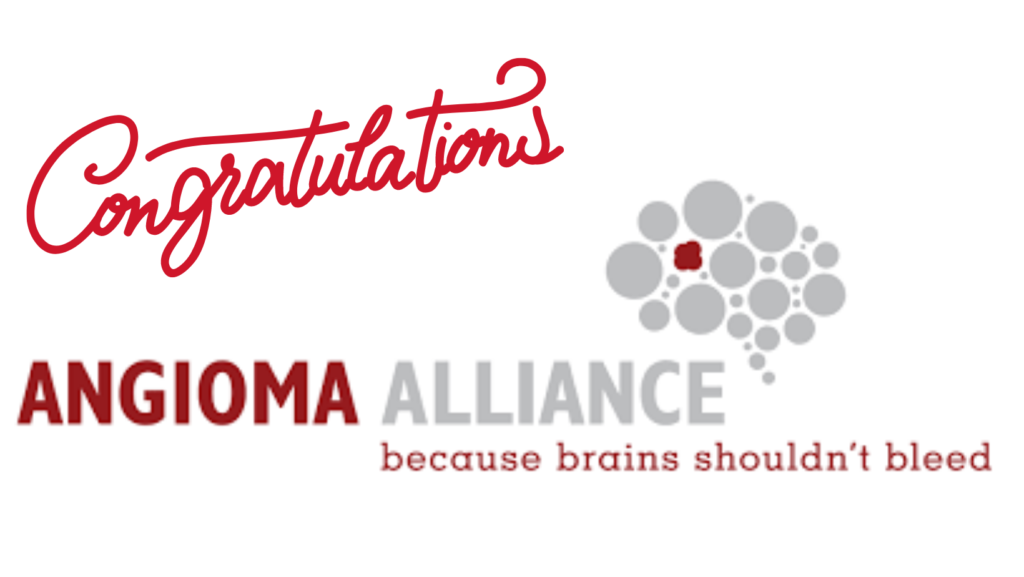 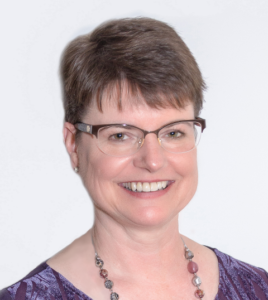 on with very similar objectives was created by Liz Neuman. Connie and Liz have children of the same age with CCM3 (the hereditary form of cavernoma where patients typically have multiple cavernomas) and so, united by their family experiences and recognising the need for better care and understanding of cavernoma, Connie and Liz joined forced to create Angioma Alliance; a patient organisation to connect those affected by cavernoma and to impact the future of care and research.

Today, while Angioma Alliance is driven by patients and works for patients, the organisation “is more than a patient group. Angioma Alliance works closely with academic researchers, treatment developers, government and medical professionals to change the future”.

A major success of Angioma Alliance has been to help create a thriving cohort of scientists working to understand cavernoma – this has not been a quick or easy task, and their perseverance is now paying dividends.  Thanks to Angioma Alliance there are now several drugs in clinical trials in the US, most concerned with preventing haemorrhage or growth; there are several non-invasive diagnostic tests showing promise. It is realistic to anticipate new forms of treatment within a few years.

Bringing this about has required a plethora of initiatives – a strong Scientific Advisory Board, a knowledgeable Scientific Officer, an outstanding annual Scientific Conference that encourages participants to share ideas (not a universal feature of all areas of science). The strength of Angioma Alliance became evident once more during the Covid-19 pandemic with their success in finding evidence for the interaction of COVID-19 and of its vaccines on cavernoma.

In many ways, the 20th year of AA is a watershed. The successes in understanding the basic science of cavernoma will undoubtedly throw up new understanding, and the focus going forward will be finding ways of applying that science. In recent years, Angioma Alliance has begun this process by working with drug companies and those responsible for regulatory approval, marking the first of several challenging steps toward making these applications available to patients.

From the outset, Angioma Alliance has shown a fantastic ability to promote collaboration and facilitate progress by a generosity of sharing. This has been accompanied by a clarity of vision. Over the years, the international cavernoma community of patient groups and organisations around the world has been able to create a successful, mutually beneficial culture of sharing, with Angioma Alliance playing a huge part. Each year, leaders from international patient organisations have been invited to a meeting of the Angioma Alliance governing body – an event that has been invaluable in promoting the spread of ideas and facilitating the creation and maintenance of our knowledge-sharing environment.

CAUK has been a beneficiary of the work of Angioma Alliance throughout, starting in the way that Connie helped Ian Stuart when he was founding CAUK and continuing to today. We are so grateful for our close working relationship with our friends and colleagues in the US. 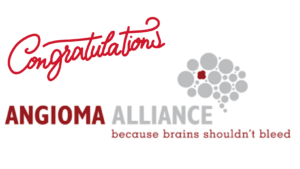 From all of us at CAUK CONGRATULATIONS ANGIOMA ALLIANCE on how you have developed and adapted over your first twenty years. We are so thankful to Angioma Alliance and to Connie Lee for everything they have contributed to the global cavernoma community and are very grateful to be able to work alongside them as part of the international cavernoma community.

We look forward to continuing to work together for years to come, with our shared goal of improving the lives of those affected by cavernoma and, ultimately, finding a cure.